Jeep has no plans to cede its domination of off-road adventure to competitors.

But that doesn’t mean the fight won’t be brutal.

Days are gone when Jeep owned the segment with little debate.

On Friday, Ford debuted a Ford Expedition Timberline Off-Grid concept that will be featured at the Overland Expo East in Arrington, Virginia, this weekend.

The one-off model is based on the new 2022 Ford Expedition Timberline series touted as “the most off-road-capable Expedition ever” with features including improved ground clearance.

It’s designed to show “a futuristic view” of family adventure, including a mobile basecamp,” Robert Varto, program manager of the concept, said in a Ford news release. 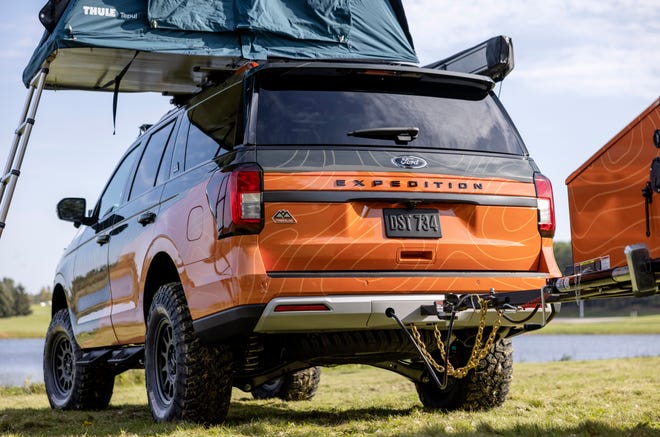 A popular term now is “overlanding,” which refers to travel by vehicle that goes beyond camping to include exploration of unusual and undiscovered destinations.

“Jeep is a global icon and it has kind of been king of the hill in off-roading,” said Michelle Krebs, executive analyst at Cox Automotive. “I think a number of makers have decided Jeep shouldn’t own that hill, so they’re going after them. Off-roading packages certainly generate more revenue and profit because they’re not the base model. And there’s a ready market.”

Fans of off-roading and overland adventure spend thousands of dollars on accessories. 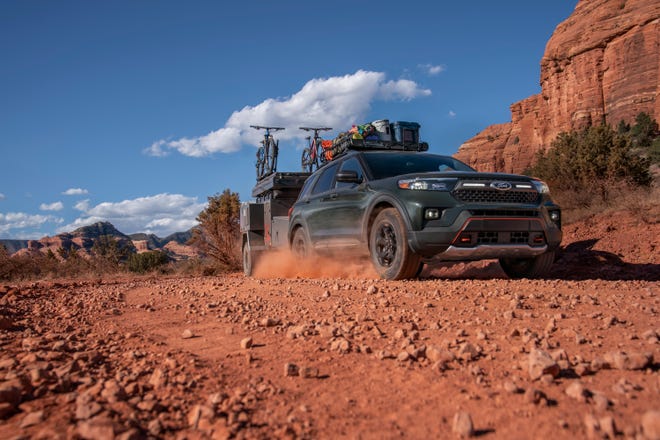 Whether it’s the Toyota 4Runner TRD, Subaru Wilderness, Ford Bronco, Expedition and Explorer — all are coming after Jeep’s lunch money. Even Nissan features “Captain Marvel” actress Brie Larson narrating a TV commercial as a Nissan vehicle drives through the rocks.

It’s all about the vibe.

“Jeep has had phenomenal success over the last decade. Sales have exploded all over the world as it has expanded its model line. It’s stunning that the rest of the industry let it get away with that for so long,” said longtime industry observer John McElroy, host of “Autoline After Hours” podcast and webcast.

“Ford is the first to show up with a credible competitor in the Bronco,” he said. “Jeep is a little miffed they’re finally facing some competition. And there’s more to follow. Nobody knew this whole Jeep brand could grow to be so profitable.”

While Ford has launched Bronco as a direct compete on the Jeep Wrangler, the Ford Explorer and Expedition now have Timberline features for off-roading. Explorer is arriving at dealerships now, Expedition in early 2022.

“I actually feel sorry for (Ford Explorer Timberline) customers that get tricked,” Jim Morrison, Jeep North America president, recently told musclecarsandtrucks.com. “You can paint a tow hook red. It doesn’t mean that behind the tow hook it would even hold up in the right moment that it needs to.”

He also poked fun at the Ford Bronco during the rain-soaked Detroit 4Fest at Holly Oaks in September, noting that sightings of the SUVs with well-known roof issues might be unlikely, musclecarsandtrucks.com noted. 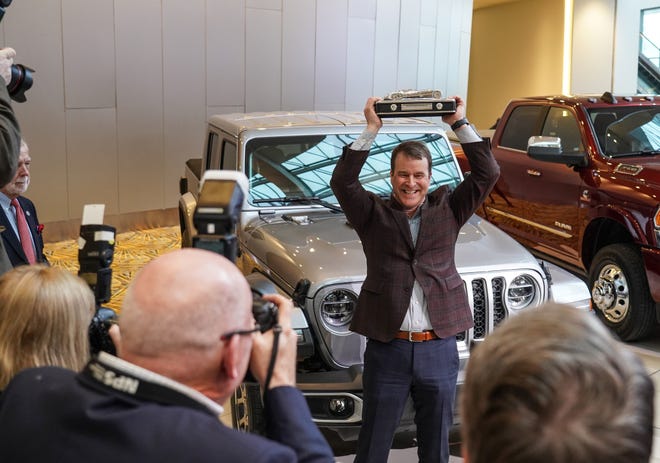 “We design all of those Trail Rated elements from the ground up … it’s not just a marketing term, it’s capability that’s bred in. You don’t just put stickers and paint on things. We build it in with incredible capability,” Morrison said, according to musclecarsandtrucks.com.

A Stellantis spokesperson declined to comment to the Free Press on Thursday.

Just about every company these days has a big whiteboard in the planning room with every single Jeep model targeted, McElroy said.

“Of course, you’ve got a bunch of copycats,” McElroy said. “They’re copying the segment that Jeep is in, not really copying Jeep itself. Jeep got there first. But others will follow because there’s so much money there.”

These are the price ranges for off-road vehicles now.

Jeep, and Morrison, know the threat is real.

“The question isn’t which one can climb the rocky mountain but which one will have the most sales. That’s what matters most, if Ford can get these customers who are going to buy this big macho off-road truck,” McElroy said. “We know only a fraction will really take them off road.”

In recent days, Jeep unveiled its 2022 two-row Grand Cherokee, which added a plug-in hybrid to the lineup.

The Grand Cherokee 4xe will join a 4xe version of the Jeep Wrangler as the brand’s first two plug-in hybrids available in the U.S. Electrified versions of the Compass and Renegade are available in Europe.

“This is another important step toward achieving our global vision of zero emission freedom,” Jeep Brand CEO Christian Meunier said in late September. “By 2025, we plan to offer a fully electric Jeep vehicle in every SUV segment.”

Both 4xe and non-electrified versions come in multiple trim levels, including Trailhawk. Jeep noted that the Trailhawk 4xe “conquered” the Rubicon Trail, a popular 4×4 route in California, using all-electric power.

Ford isn’t shying away from a challenge.

“I guess it’s been a long year for Jeep watching Bronco and Bronco Sport rack up hundreds of thousands of sales and reservations — and comparison test wins versus Jeep — and now comes the rugged and capable Timberline editions of Explorer and Expedition with trail-tested off-road hardware, increased maneuverability, ground clearance, trail modes and accessories,” he said.

J.D. Power reported in September that Jeep Wrangler offered an advantage on price and value, reliability and quality while Ford Bronco had the advantage on performance and efficiency, safety and driving assistance, infotainment and technology, comfort and utility. 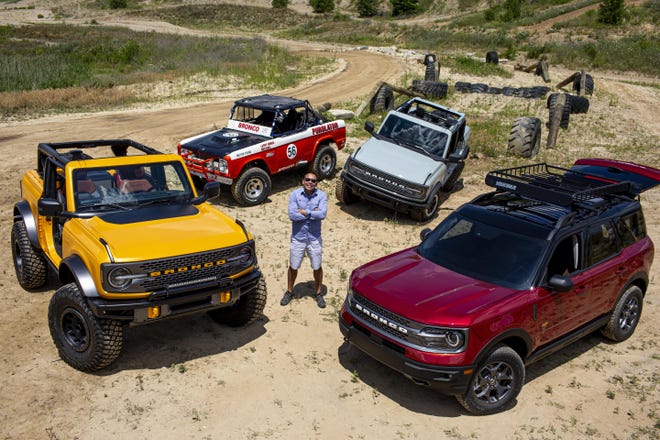 “And we both know Explorer is America’s all-time bestselling SUV,” Cadiz said.

When it comes to serious off-road capability, wrote Erin Riches-Wong for J.D. Power, “… Jeep faces stiff competition for the first time in decades.”

Contact Phoebe Wall Howard:313-618-1034 orphoward@freepress.com.Follow her on Twitter@phoebesaid. Read more on Ford and sign up for our autos newsletter.